Hidden above the iconic arched ceiling in the entrance hall of Washington DC’s Union Station is a complex arrangement of ductwork that delivers conditioned air to various spaces within the facility. The ceiling was damaged during a 2011 earthquake that shook many Washington DC landmarks. In order for the ceiling to be repaired, spans of the existing ductwork needed to be rebuilt and moved to a higher elevation to allow the necessary access for the plaster specialist who would ultimately repair the historic ceiling.

The largest amount of ductwork replacement occurred above bay 5, where the Main Hall, East Hall and AMTRAK office supply and return ductwork traverse from the South Mechanical Equipment Room to the diffusers overhead in the Main Hall and to the East Hall and Amtrak offices. All of this ductwork originates in the South Mechanical room, and penetrates the wall at one location. As the ductwork passes through the mechanical room wall into the ceiling space, each duct pivots, rolls and bends in a Gordian knot of ductwork, called “The Crossover”.

In order to minimize impact to the Main Hall historic finishes and ceiling, access for rigging ductwork to the space above the Main Hall ceiling was limited to a 2-foot-wide opening. This required ductwork to be constructed in pieces no larger than 2 feet in length. In total, 730 individual pieces of ductwork were rigged into place, requiring 45,000 sheet metal screws and over 4,000 bolts to assemble. The ductwork, which was sealed with over 150 gallons of mastic, was then covered by 24,000-SF of fiberglass insulation and over 25,000 linear feet of duct tape.

Careful coordination between GHT, the architect, and the subcontractor was required to ensure the ductwork could be assembled seamlessly once it was rigged into place. Each duct section was modelled using 3D software, so that the assembly could occur with as few field modifications as possible. Each section of duct was modelled, complete with all dimension and angles, to ensure it would fit precisely once it was hoisted into place. 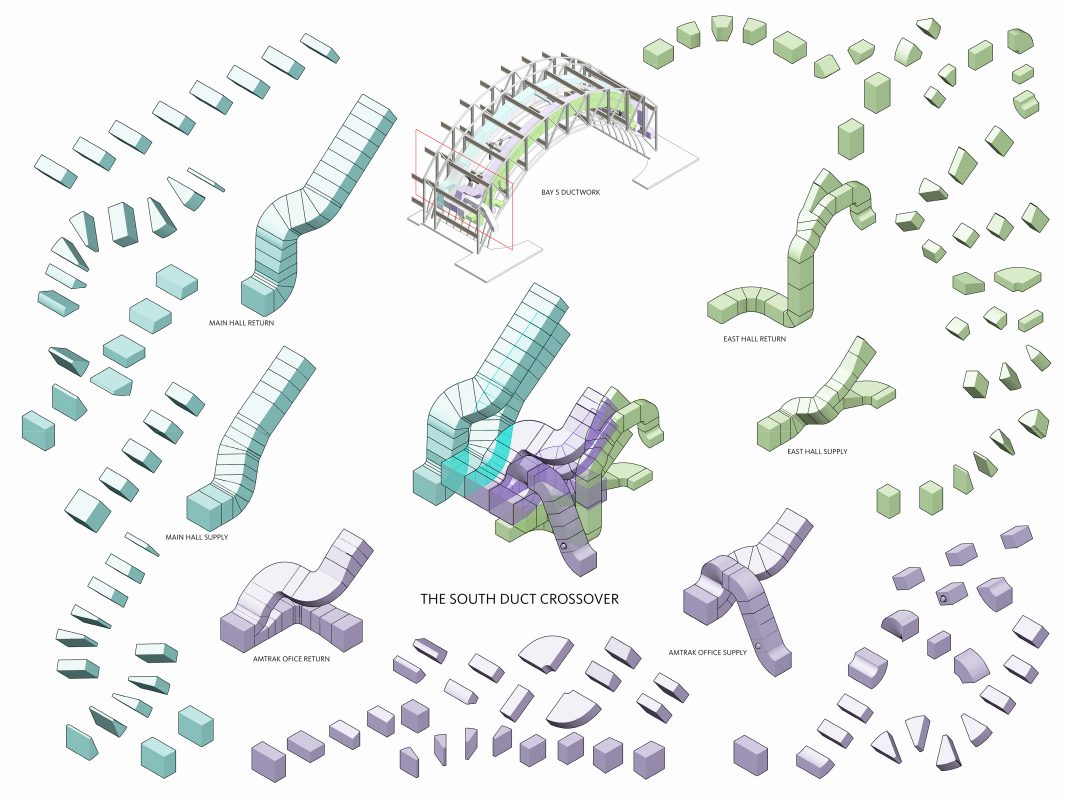 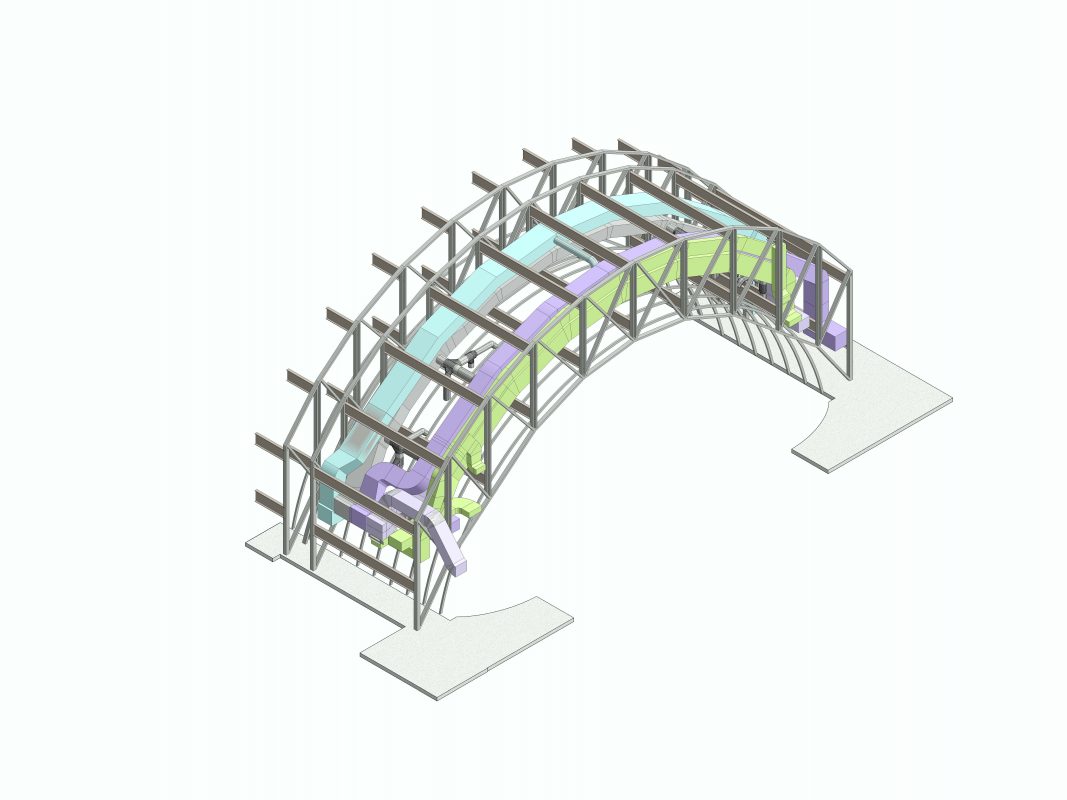 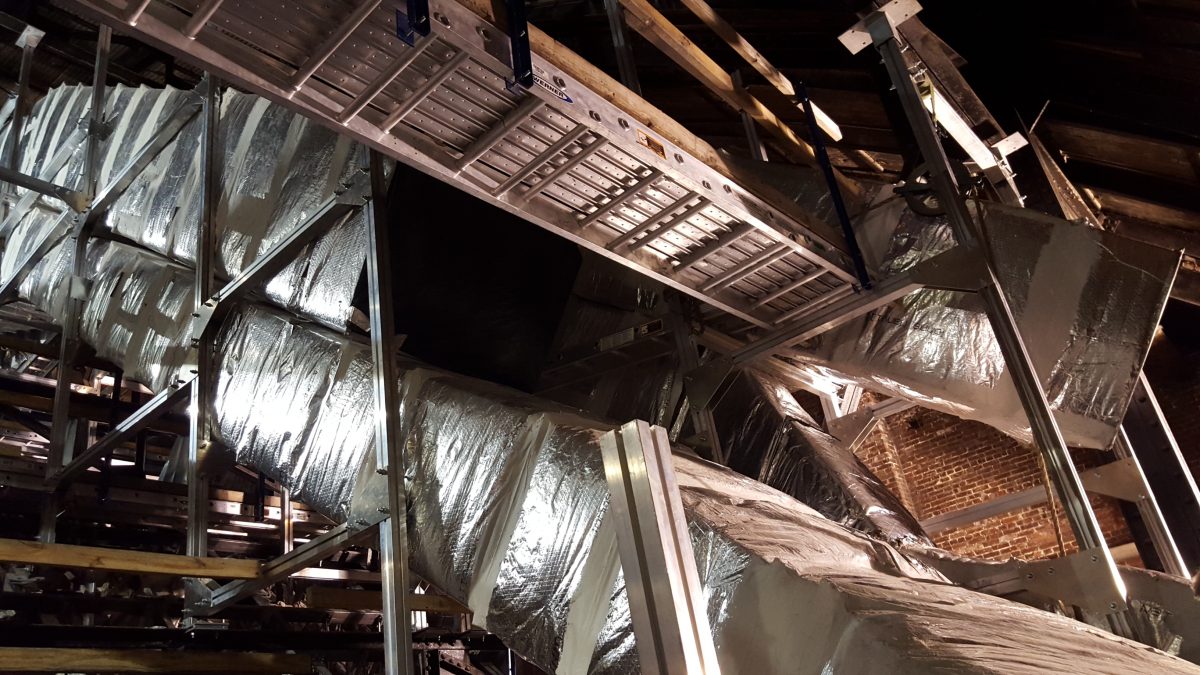 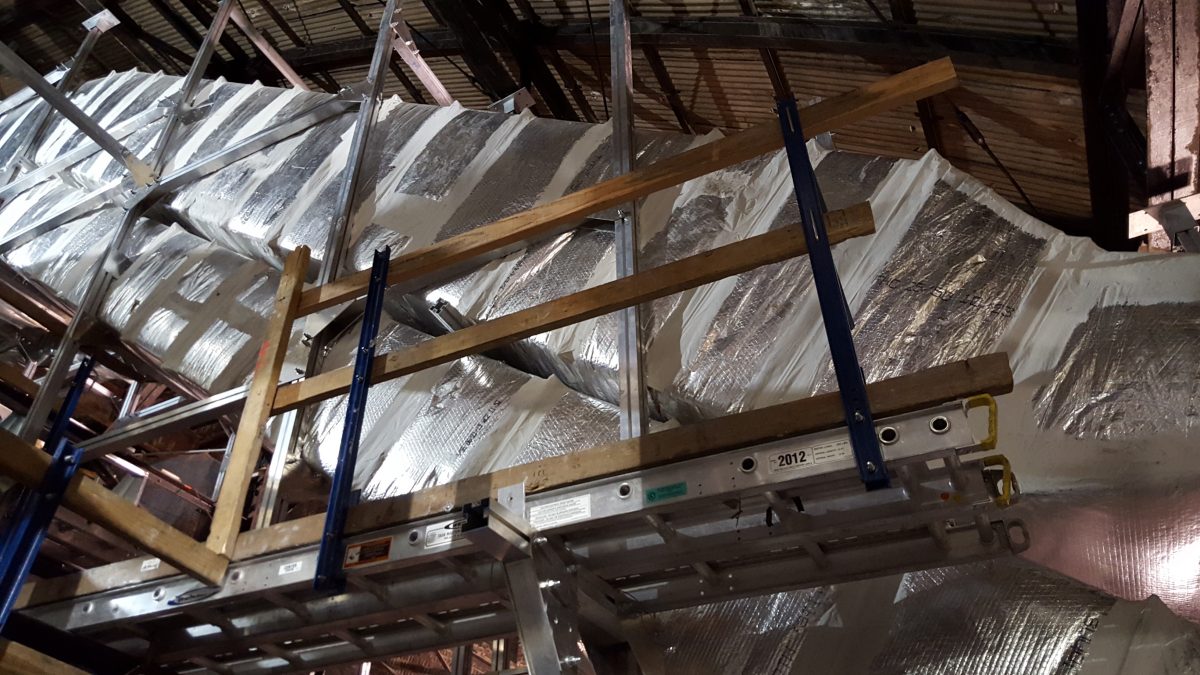 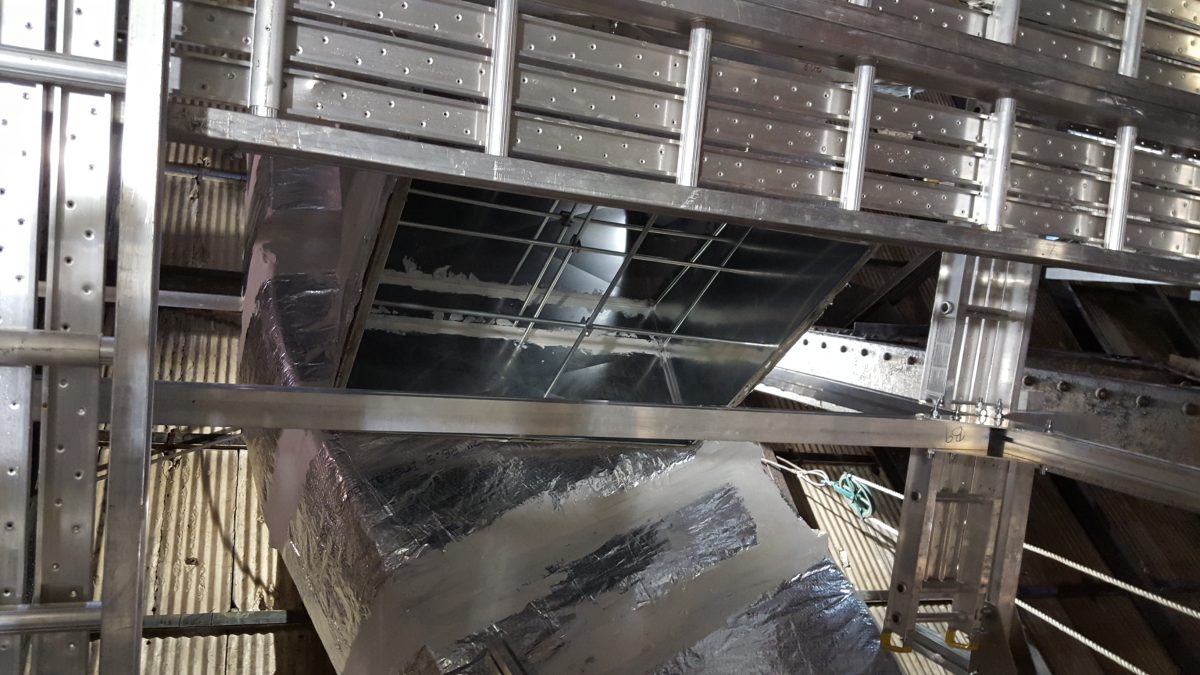 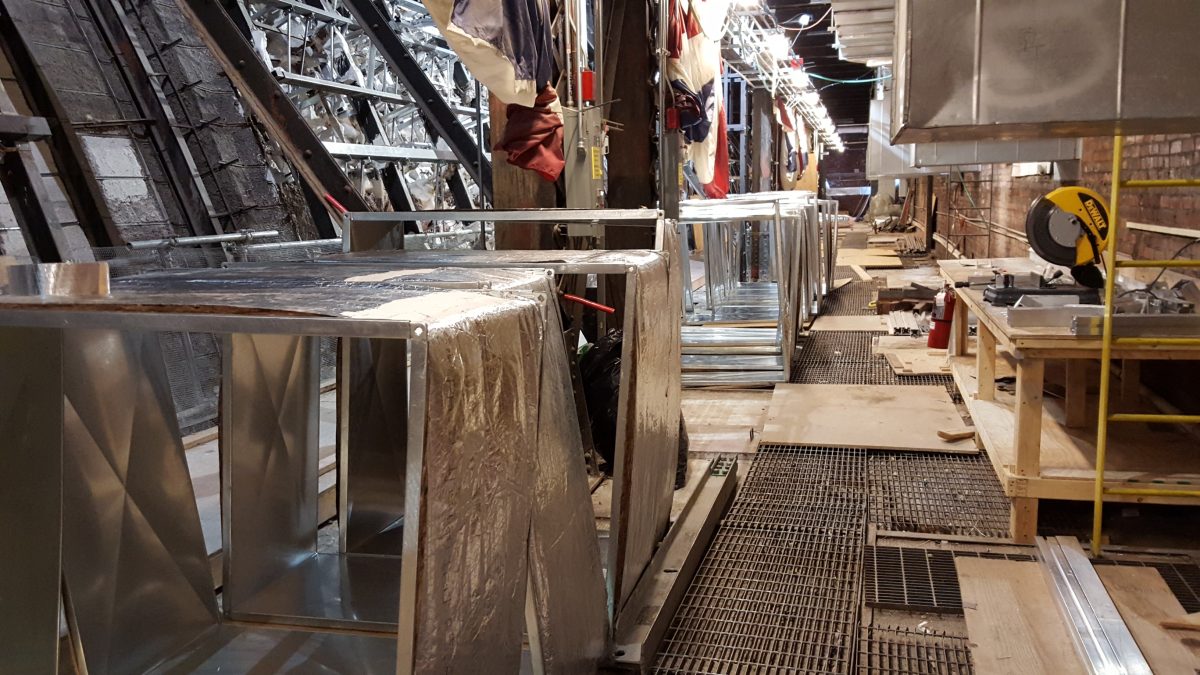 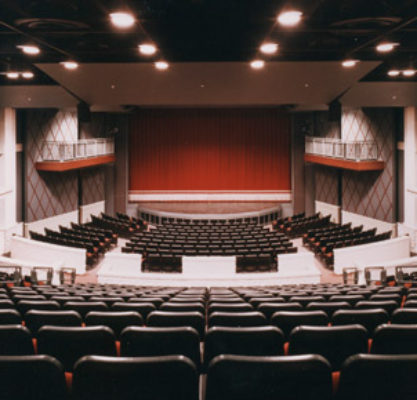 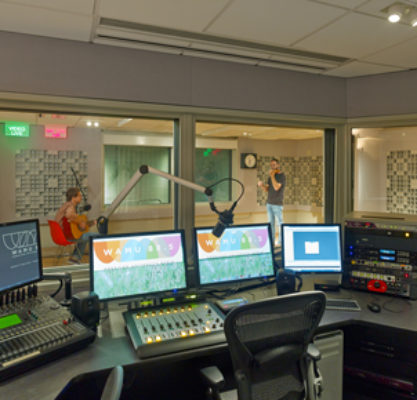